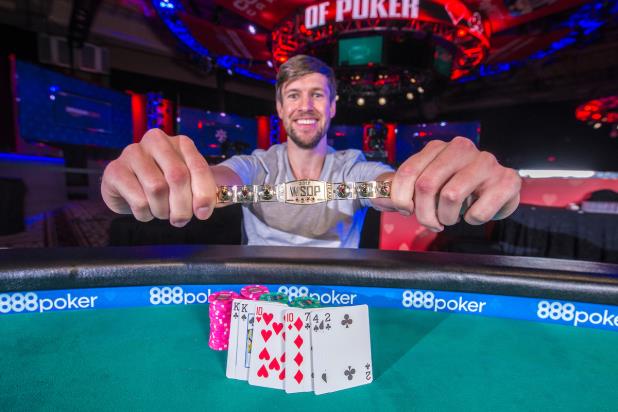 He has made 53 WSOP cashes and had entered the final tables of the WSOP events just five times.

This man is well aware of the kind of challenges and pressures that he could be facing when entering a WSOP event and then making it to the final table of the event. The gold bracelet was an elusive one for Koral for so many years. He wanted to set this record straight and the WSOP $1,500 Seven Card Stud event paved way for him to achieve the elusive dream.

Koral had only one focus in his mind and that is to win the WSOP gold bracelet. Soon, after winning the event and his first gold bracelet, Koral said that this moment is sure going to take a lot of time to sink in.

Koral said that he has been a regular at the WSOP events since 2005 and it has been 13 years for him at the event. He is happy that it finally happened and he was awarded the elusive gold bracelet. The fun part is that the gold bracelet happened to him in the smallest prize pool of all the tournaments. But, it is not the money that he was looking for when he announced to take part in the WSOP $1,500 Seven Card Stud event. He wanted to somehow grab hold of the gold bracelet and make it his own. He is happy that he was able to win a bracelet after so many years of struggle at the WSOP events.

Koral has made final table appearances in the WSOP tournaments in five different events. This proves that he is well-rounded in his poker skills.